It has been a positive month for all regions throughout England, with every area showing an increase in the number of applications submitted when compared to February 2021. We reported a 20% month-on-month increase for the South West region between January and February, and this has continued with the figures increasing a further 9% throughout March. The East Midlands, closely followed by the North East have taken the top spot in terms of percentage increases throughout March realising 24% and 23% respectively.

The biggest difference appears when we compare the figures from March 2020 to March 2021. March 2020 saw the first restrictions implemented due to the pandemic and we saw application submission figures fall of a cliff edge. The South East has seen the largest number of applications submitted in a single month, at nearly 14,500, a 58% increase on March 2020. While working with a far lower level of submissions, the North East by contrast has seen an 80% increase on figures from last year. When we looked at 2019’s performance, there was very little change between 2019 and 2020, approximately 5 applications less in 2020, which makes the 80% jump that even more significant.

The line graph demonstrates the percentage above/below the previous year volumes for each English region and in Wales between March 2020 and March 2021. 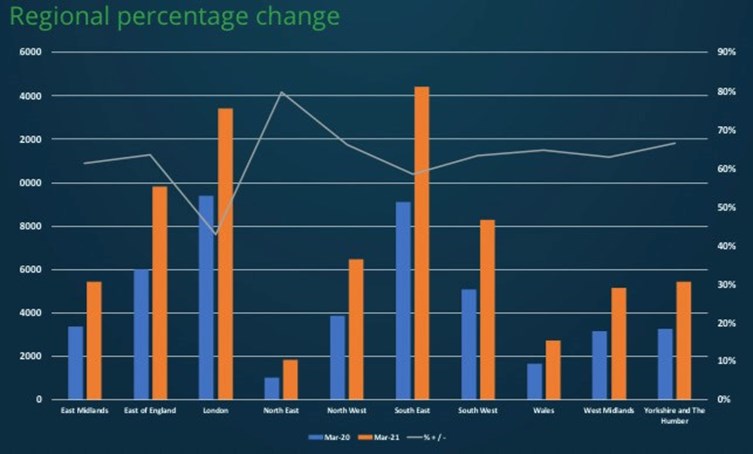 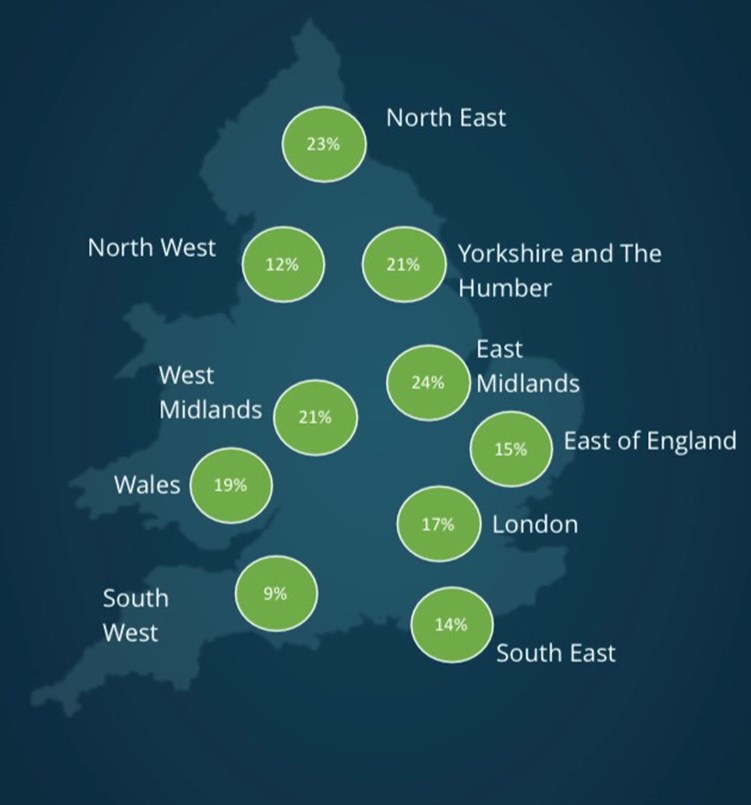 The map shows the percentage change in applications by region from February to March 2021.